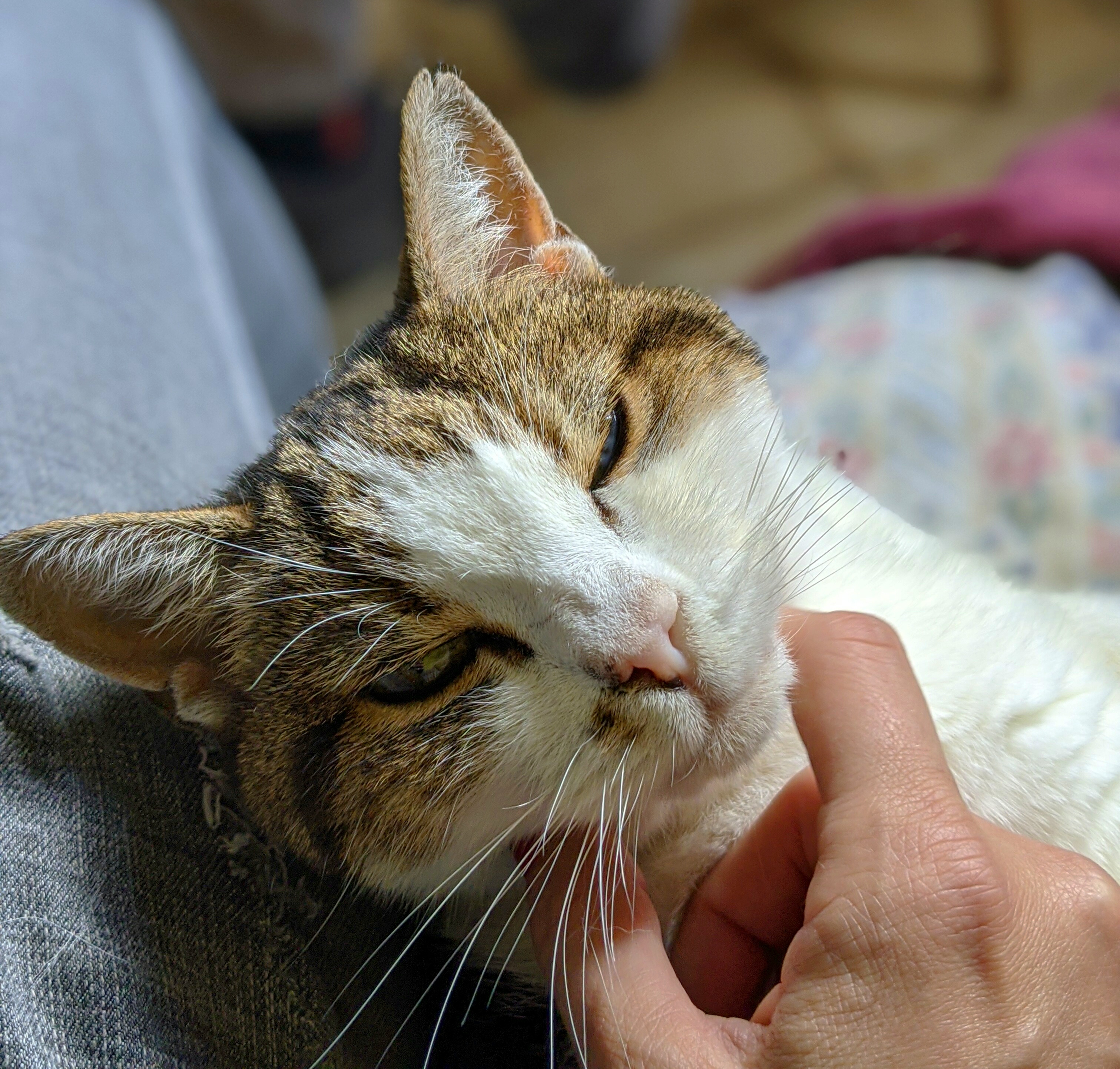 Owning a pet can be an absolute joy and benefit to your health. Entering your senior years doesn’t mean you have to forgo having a loving pet, but it does mean you should take some extra care and time finding your next best friend… 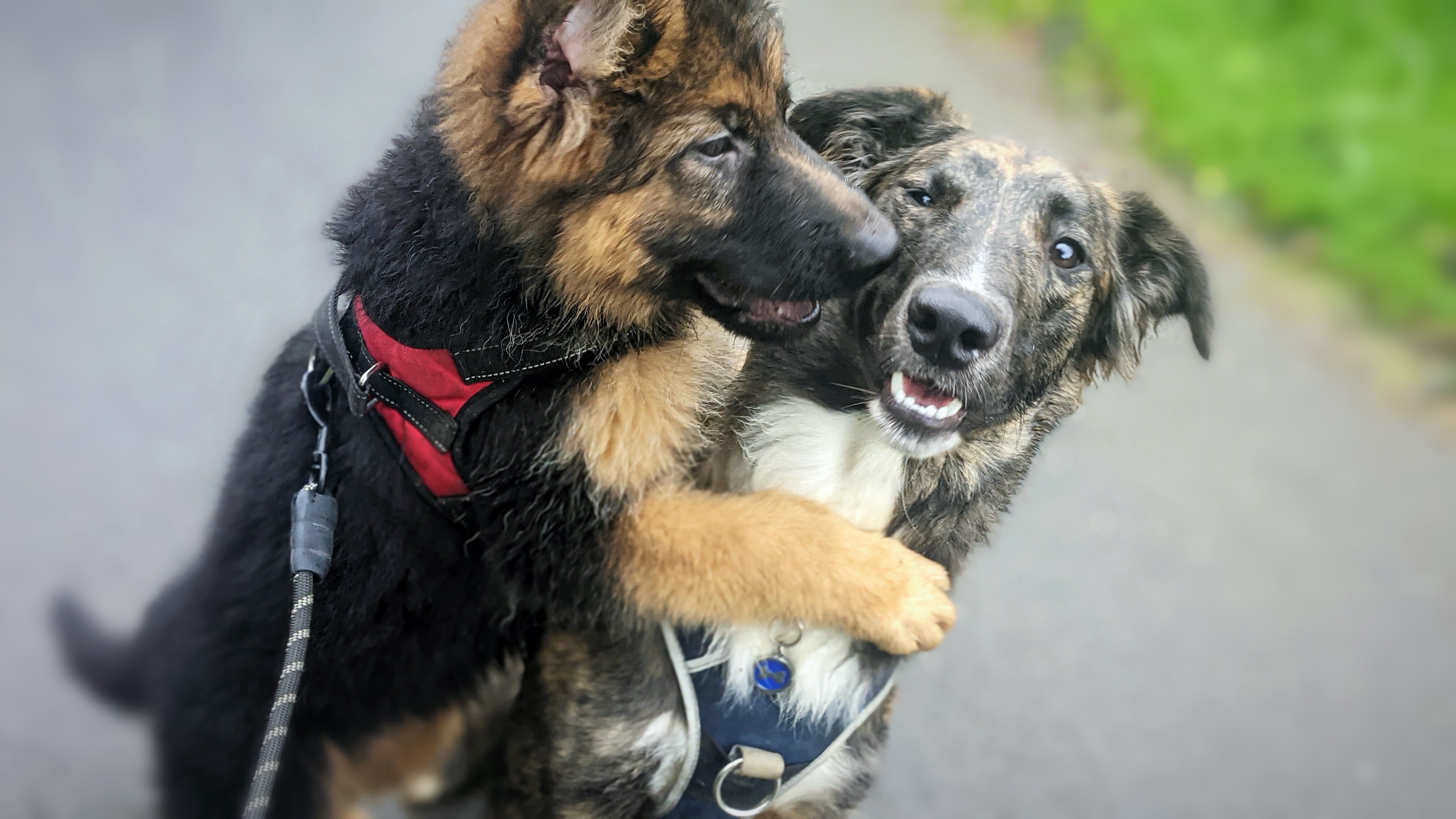 So, this isn’t exactly how I hoped this third post would go – I was hoping I could focus more on updating you with Rollo’s training progress but things took a bit of a back-step after Rollo injured himself in July! Poor pup was running and playing with his friends, when we noticed red on his leg – he had a fairly sizable (although, thankfully, superficial) cut on his inner thigh, close to the upper bend in his leg. He was stitched up and confined to the house and garden – no walkies, no running, no jumping, etc. whilst he healed.

As you can imagine, for an active 6 month old lurcher like Rollo, this was tough! He spends most of his time being very active and playful! But for two weeks, he needed to try and be calm and rest, without getting too bored! He was, for the most part, very good – providing we were relaxing and not doing too much, he was happy enough to relax with us.

I’m not sure what was worse for him (aside from the injury itself) and the “cone of shame” – being restricted to on-lead toilet breaks in the garden only for the first few days after the stitches went in, or after his first follow-up appointment when he was allowed to go on very short walks (again restricted on-lead) for a week, which has meant no off-lead running and playing with his friends, or the post-stitches recovery week when he was allowed mostly back to normal but still couldn’t run off lead with his friends. Thankfully that’s all behind us and he’s fully recovered and back to his mischievous self!

His recovery, once the stitches were out, wasn’t too bad – he was confined for so long, then for a week after his stitches came out it was necessary to restrict him to lead walkies just to make sure he did t over-do it; to ensure we got him back to full health in the right way (no sense rushing things and ending up damaging the leg further).

Rollo being restricted to the lead for a while did however highlight some training areas which needed more focus – specifically his lead and heel training. Because he is more often than not taken somewhere for walkies where he can run off lead with us or with friends, it seems I’d neglected lead and heal training a bit.

With this brought to my attention, I decided now was a good a time as any to recap this training with Rollo. He was not happy about his restricted lead walks when he was healing, but had come to accept lead walkies as it is preferable to being restricted to the house and garden! So I took advantage of his new acceptance of being on lead more than he liked by doing more lead walks, focusing on heel work with the command “on heel”.

I started by giving him a run or a play somewhere to allow him to burn off some of that excitable energy! It’s a lot easier to train a dog who can focus on you than one who is distracted with all their pent up energy and looking for a way to release it! We would then walk with Rollo on lead; when he naturally walked at my heel I would give him the command “on heel” (with the corresponding hand signal I chose) then click my clicker (yes, the clicker came back out) and give him a small treat – this was so Rollo would associate the command with the action he was doing. Rollo picked this up very quickly whilst on-lead and we soon progressed to learning “on heel” being off-lead.

Rollo will (more often than not) come “on heel” on command whether on the lead, moseying around off-lead or from a distance off-lead (he’ll respond to my “come” whistle (yes I whistle differently for different commands) and the come “on heel” to the hand gesture and the command when I give it, when he’s within earshot.

He’s almost 9 months old now so still very much an adolescent, and by no means a perfect teenager haha! His progress has been brilliant and I’m proud of how far he’s come. Sometimes the commands he knows well, need reinforcing when he’s pushing boundaries but most of the time he’s “such a good boy!” and he knows it!

Look out for more puppy tails!